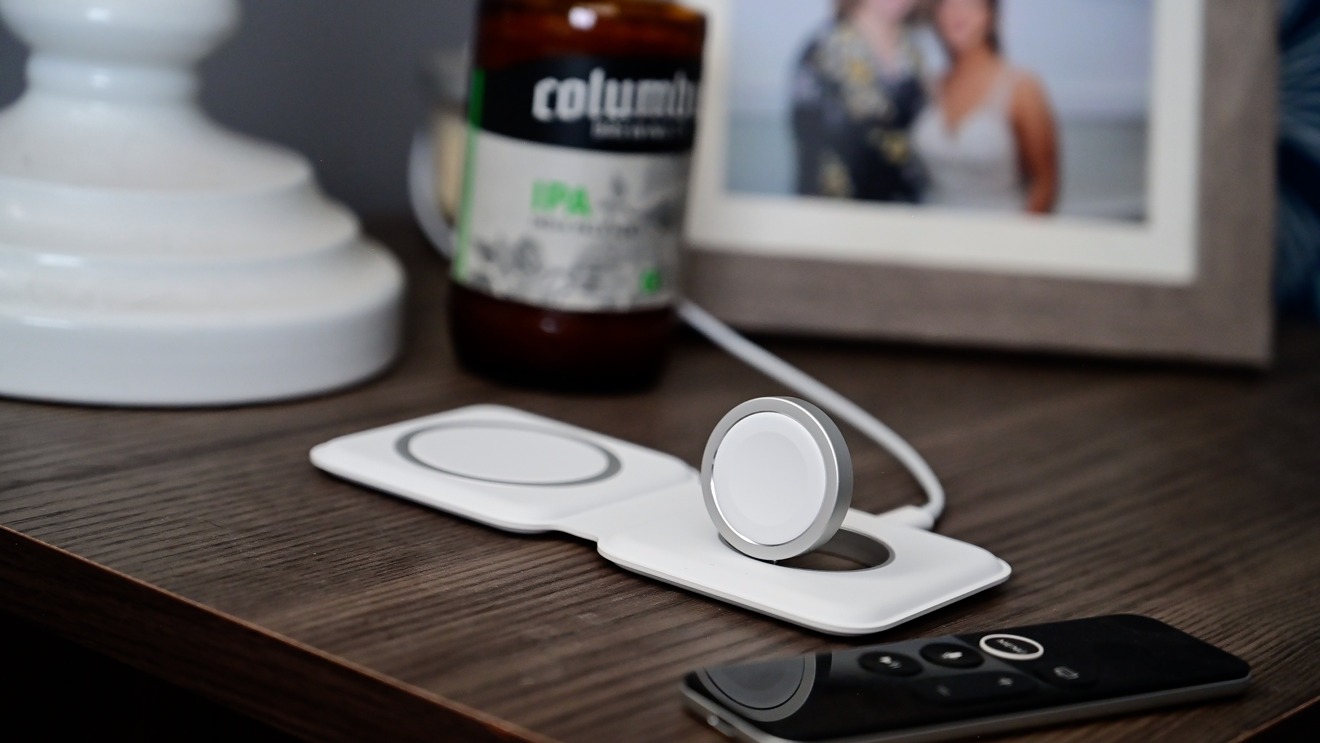 Apple’s MagSafe Duo charging solution is now available. After spending some time with it, we are on the fence about the company’s latest iPhone 12 accessory.

With Apple’s latest iPhones, there are more ways than ever to charge. The most unique, is MagSafe . At the moment, the only official options are Apple’s MagSafe charging puck or the new MagSafe Duo. Soon, third-party options will flood the market, including options from Belkin and Scosche, but for the time being, we have Apple’s to consider. 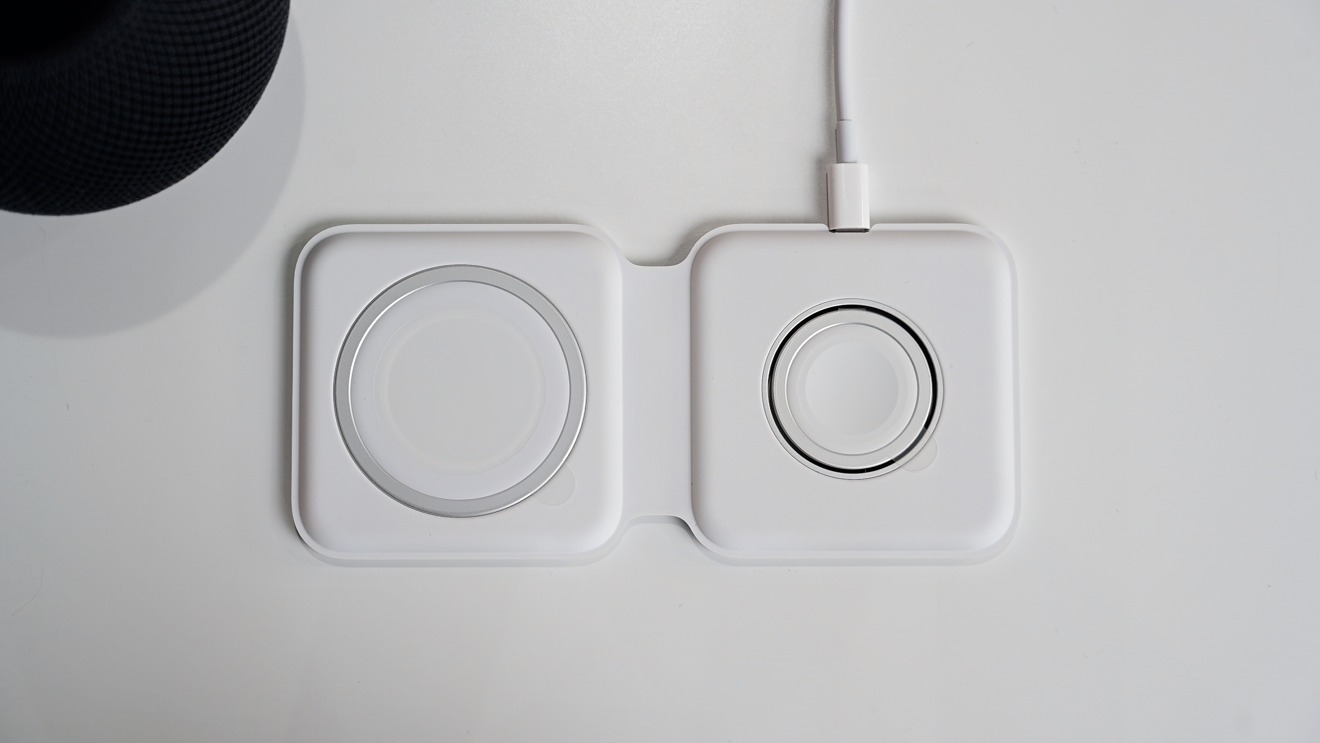 MagSafe Duo is powered by Lightning 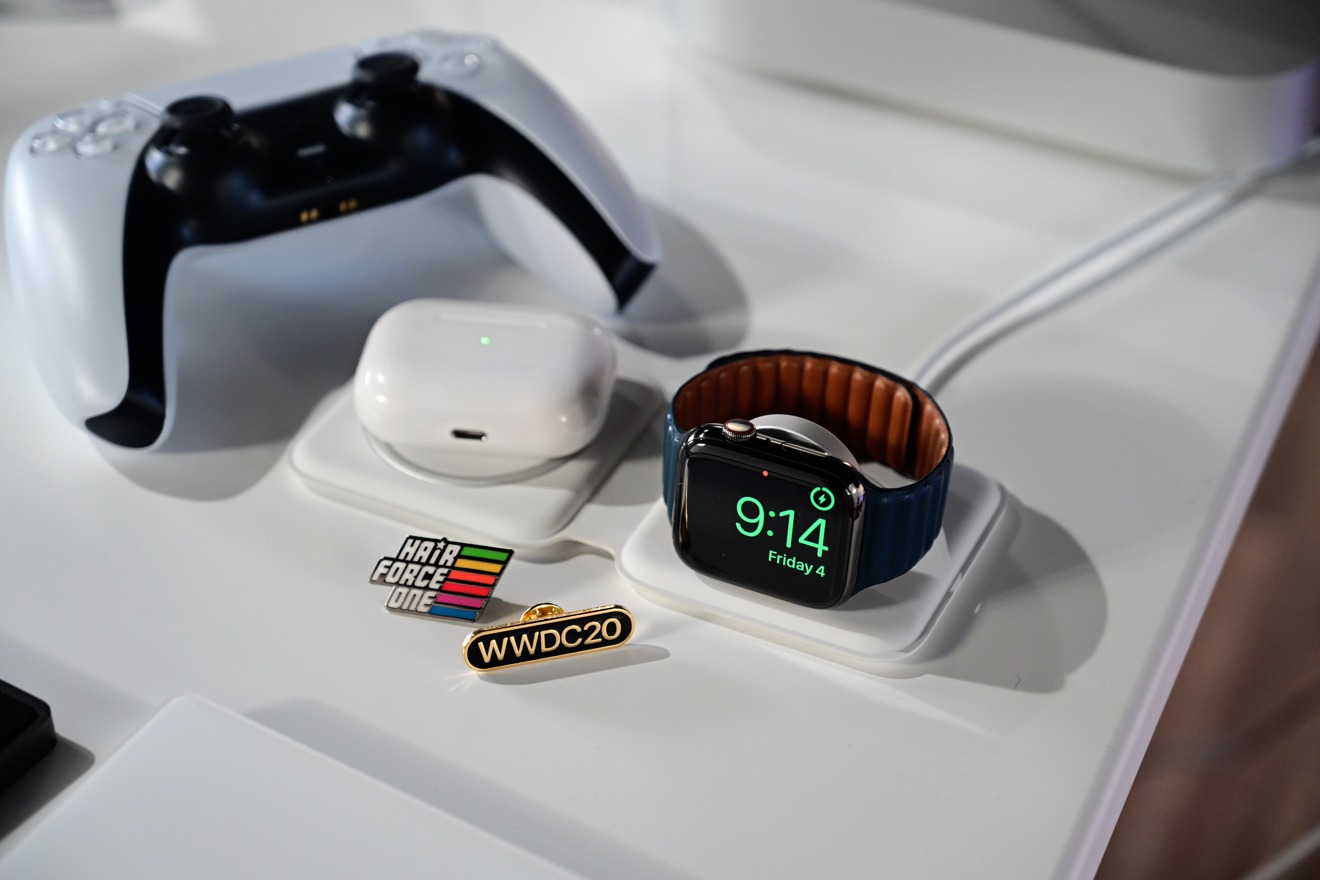 Unlike a standard wireless charger or a dual-device wireless charger, MagSafe helps align your phone, so when you toss your iPhone on it, it gets pulled right to where it needs to be. Aside from iPhone 12 models with MagSafe, it will charge any Qi-enabled device as well.

Apple designed the charger in a stark white color that feels soft to the touch. We haven’t had this long, but we worry slightly about how dirty it will get if we take it off our desk too often. 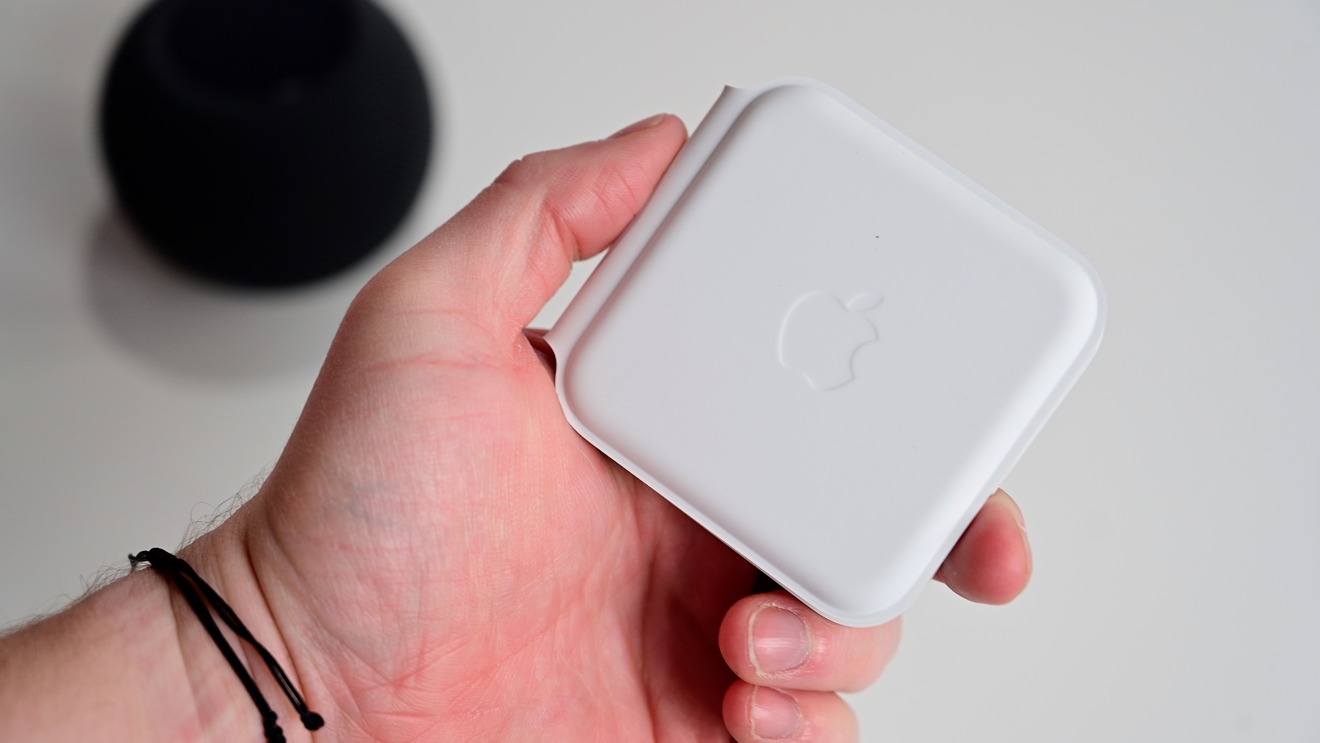 That’s important, as the Magsafe Duo is intended to work on your desk or nightstand, but also when traveling. It folds in half to be tossed in your bag and brought with you wherever you go.

There’s only one port on the MagSafe Duo, a Lightning port. This is used to power up the charger, but unfortunately, the requisite power brick isn’t included in the box.

AppleInsider partnered with a testing lab in the metro Washington DC area to test the hinge. With one fold made every nine seconds in a lab at 19C, with a fan pointing directly at the device to minimize the impact of heat, the lab found that the hinge started to break down at 180 folds and ultimately failed at 212. Whether or not you’re going to see fatigue failure in the hinge very much depends on your use case. It works out to about only one fold or unfold every four days over two years before fatigue failure on that hinge could rear its ugly head, based on these tests. 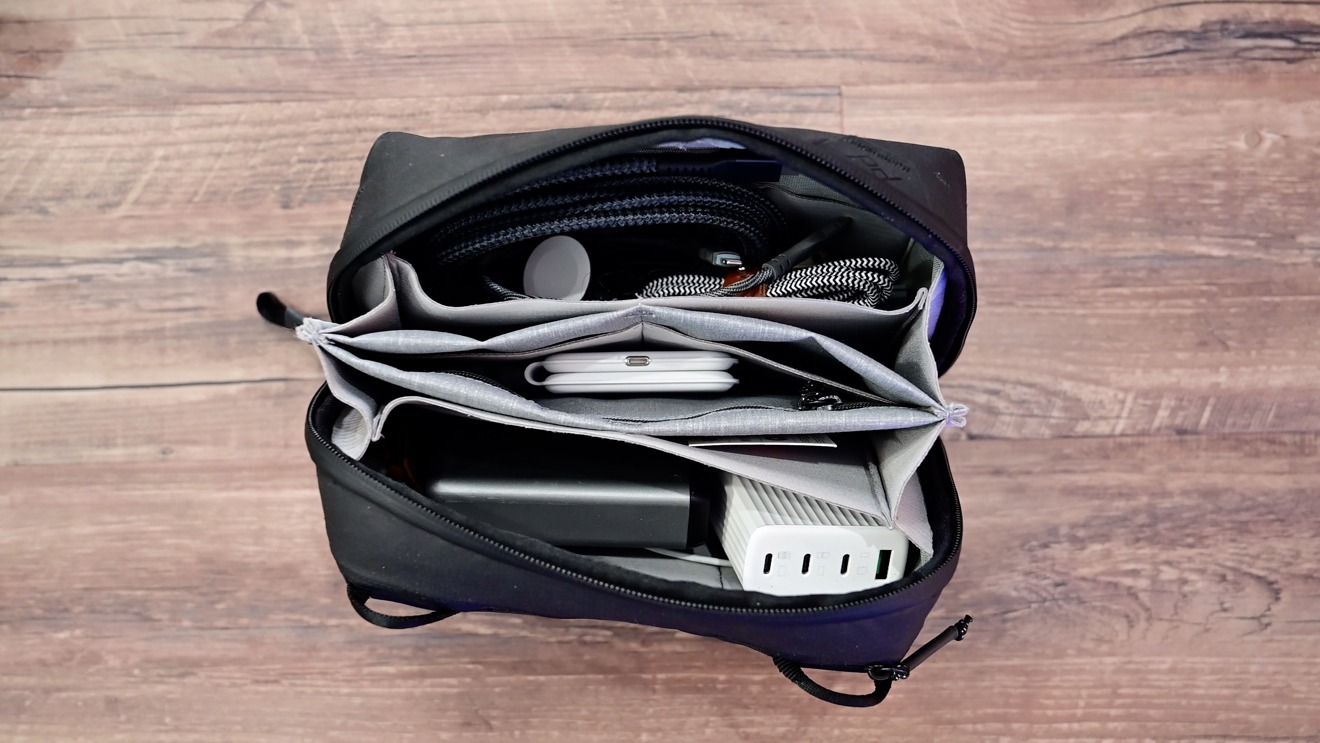 If you are one who is a heavy traveler, folding and unfolding the charger every day, these tests may cause you to reconsider.

The fabric on the outside also will likely get dirty quickly for users who travel with it. It has a matte finish and will take dirt on easily. It can be wiped clean, but that isn’t always convenient or possible while traveling.

As a technology, MagSafe is capable of charging an iPhone 12 model at speeds up to 15W, which is just shy of the maximum an iPhone can accept wired, which is 18W. MagSafe Duo is limited slightly more, maxing out at only 14W of power. 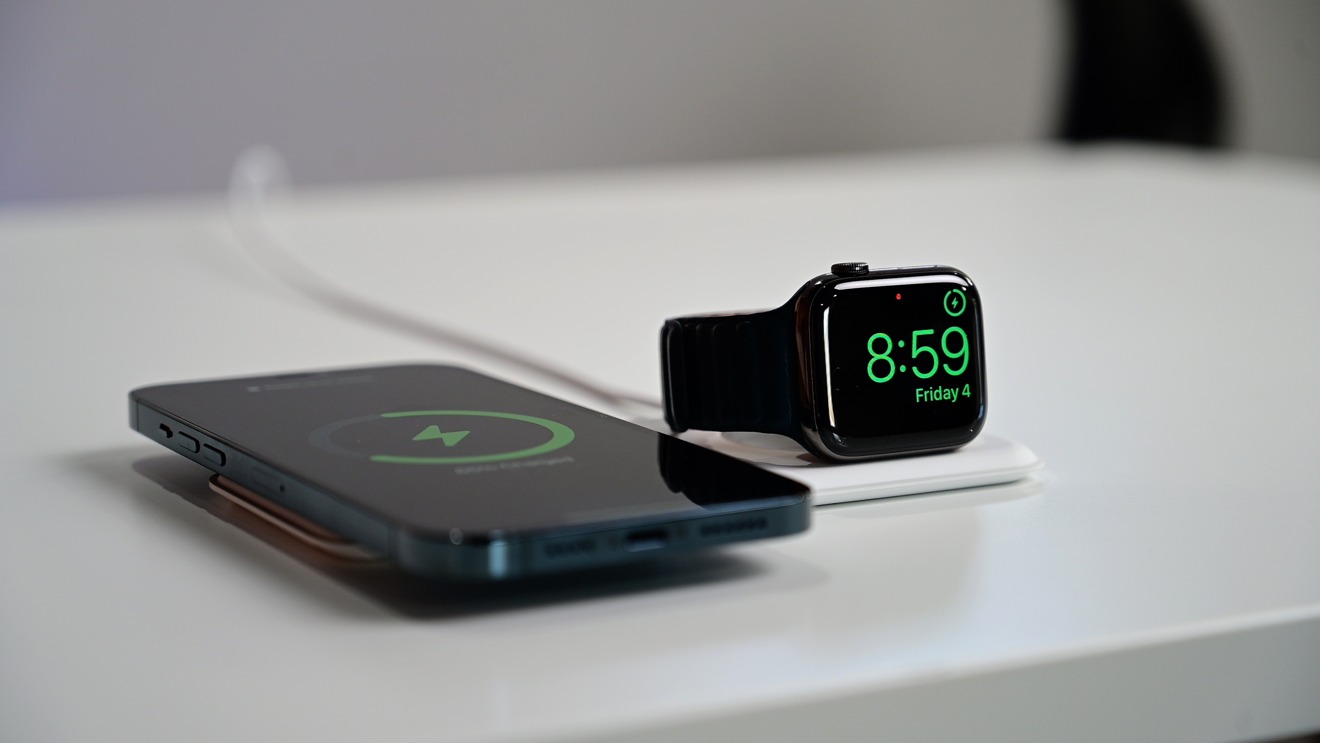 There’s a limitation within MagSafe that reduces that charging speed to only 14W rather than 15W. It could be that the device uses Lightning rather than USB-C, the total combined heat from the Apple Watch side with MagSafe or something else entirely.

It’s a little frustrating that Apple introduces MagSafe, touts high speeds, then promptly introduces its dual charger with slower speeds again. Even to get the maximum 14W speeds, MagSafe Duo requires a hefty 27W minimum USB-C power brick. If you have a 20W power brick, you’ll be limited to only 11W of wireless charging. 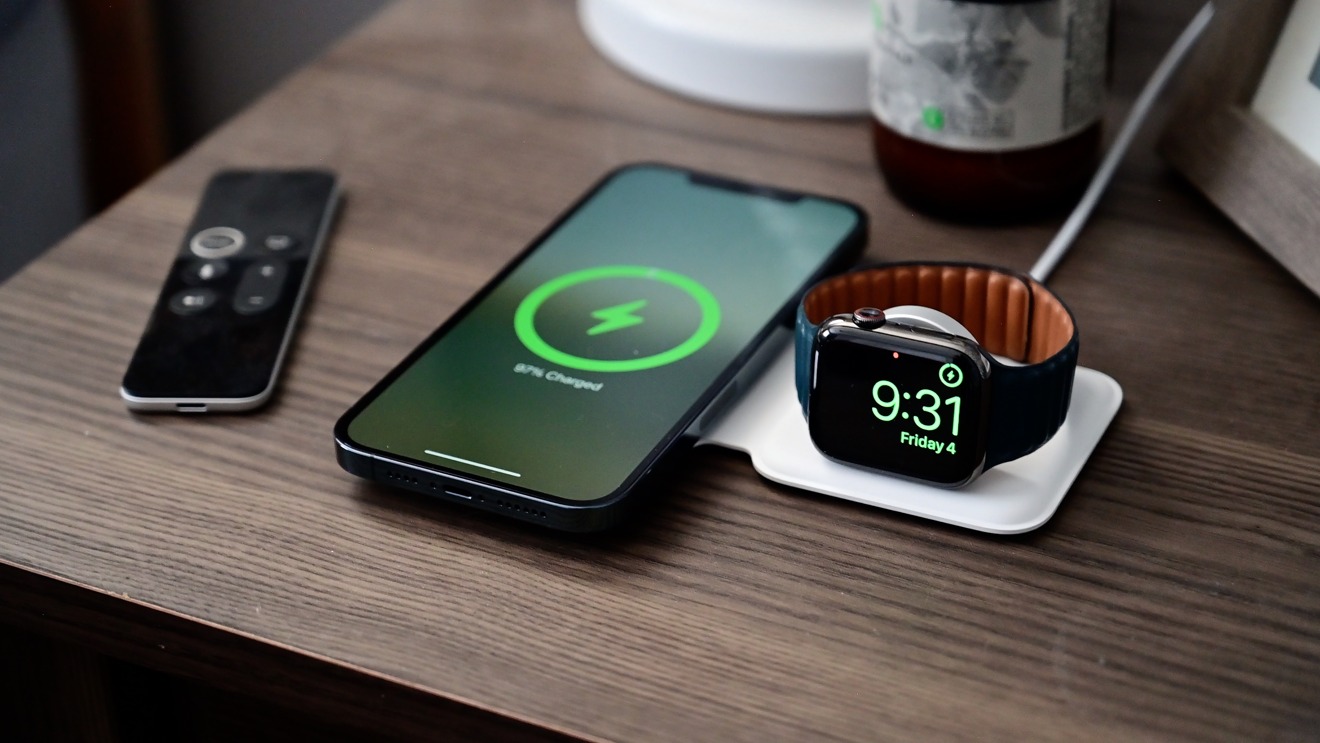 Charging speed isn’t the end all-be all, especially if you intend this to be an overnight charging solution, but it is worth pointing outs its efficiency.

We also wanted to reiterate that while this is a MagSafe charger and performs best with the iPhone 12, MagSafe works with any Qi-enabled device. That could be your AirPods , your family member’s phone, or any other Qi device you have lying around.

Should you buy the MagSafe Duo wireless charger?

Our biggest issue is that MagSafe Duo is expensive — even for Apple. If you went with just cables, you would only need the cables included in the box with Apple Watch and iPhone. That makes MagSafe Duo and entirely luxury experience with mild conveniences.

There are countless alternatives besides just your in-box cables. If you wanted to go with MagSafe, you could pick up the MagSafe cable for $39 and use your Apple Watch charging puck. This setup even enables you to pick up and hold your phone while it charges and get faster speeds.

When it comes to docks, Apple has a history of charging large sums. Take Apple’s Apple Watch Dock. This charger, which is very similar to MagSafe Duo, runs you $79. Suppose you wanted to replicate the MagSafe Duo functionality with a MagSafe charger and an Apple Watch Dock. In that case, you’re already spending $120, making MagSafe Duo only a $10 premium, and it only requires one power brick. 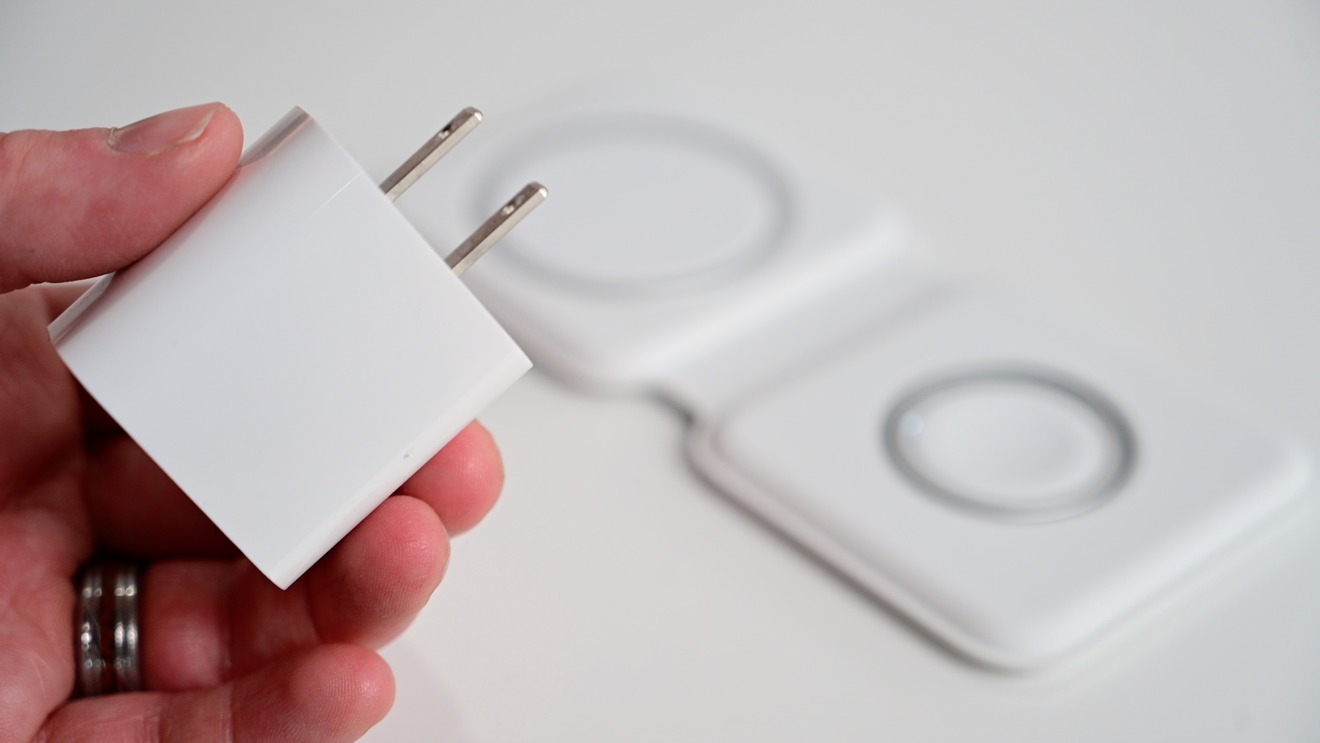 If the dock itself isn’t pricey enough at $129, you also have to factor in the USB-C power brick. If you want the max speed and a brick of at least 27W, you have a few options. Apple’s is a whopping $49 which gets you a 30W brick. Aukey has a decent 27W brick for $22 but we’d probably go with this ultra-slim Anker model for $23.

Aside from the high price tag with slower speeds, this also cannot charge a third item. If you want to charge your AirPods at the same time as your iPhone and Apple Watch — a task we find quite common — you will still require an additional charger. Many three-in-one docks are available for a comparable price, and other dual chargers put a USB port on the rear for optionally charging that third device. It would have been nice for Apple to do just that. 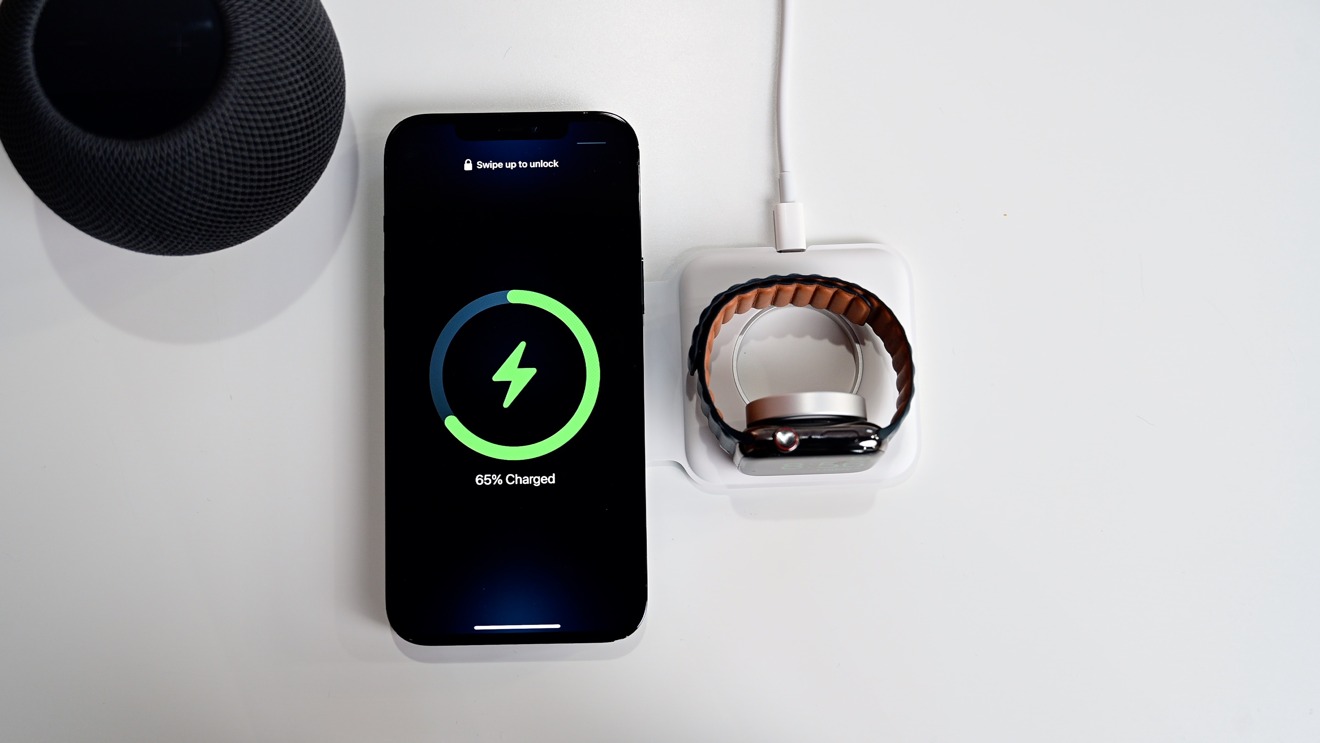 We love MagSafe Duo for what it is, but the high price tag gets harder to justify the more compromises you consider. The price, the slower speeds, the ability to charge only two devices, and the durability. Apple users will probably flock to MagSafe Duo — we still bought one — but you have to work harder to justify it. Fortunately, “it’s cool” can be plenty enough justification.

MagSafe Duo is still rolling out through the supply chain, so aside from Apple, you are limited to picking it up through Best Buy for $129 .

Review: MagSafe Duo is almost everything you need, but has too many compromises have 1504 words, post on appleinsider.com at December 4, 2020. This is cached page on Konitono.News. If you want remove this page, please contact us.