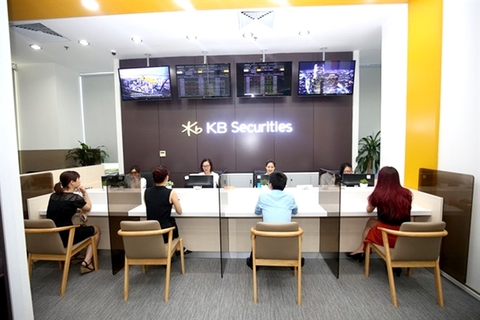 To South Korean investors, Viet Nam’s equity market still has room for strong growth, so their taste focuses on stocks with long-term growth potential such as financials-banking, consumer, retail, and real estate.

South Korean investors eye Vietnamese equity assets and other emerging markets because they are running out of options in the country, KB Viet Nam Securities CEO Nguyen Duc Hoan said.

“They are offered incentives as the Government wants to lure foreign capital to boost a dynamic, proactive, stably-growing economy,” he said, cited by Dau tu Chung khoan (Securities Investment) newspaper.

Some big deals between the two sides include SK Group’s US$1.47 billion purchase of Vingroup and Masan shares and KEB Hana Bank’s $880 million deal to acquire 15 per cent at the Joint Stock Commercial Bank for Investment and Development of Viet Nam (BIDV).

In recent years, the Vietnamese market has also seen a surge in the number of individual investors seeking opportunities in the local market.

Some big brands are present in Viet Nam such as Samsung, LG, Mirae Asset, KB and NH-Amundi, he said.

Since the start of the Vietnamese equity market, South Korean individual investors have sought ways to enter the market through investment funds.

The company, through its Viet Nam-focused KIM Investment Funds, was monitoring $817.3 million worth of Vietnamese shares as of October 28, 2020.

In early 2020, SSI Asset Management – an affiliate of SSI Securities Incorporation – signed a deal with South Korea’s eighth largest investment fund NH-Amundi, which was managing more than $30 billion worth of assets.

According to Young-hoon Bae, general director of NH-Amundi, Viet Nam has performed outstandingly in recent years but there are still some obstacles to attract foreign investors and the deal with SSI Asset Management would help create new products and chances for South Korean investors.

The latter has completed acquiring a local asset manager, renamed to KIMV and began developing new products and services.

The South Korean economy and equity market are recovering thanks to strong exports and a monetary loosening policy by the central bank, so investors would stay with their domestic market rather than investing their money somewhere else, the company said.

Secondly, global investors are dodging highly-risky assets, including emerging and frontier markets, and moving to safe havens such as gold amid the volatility of the global markets, the brokerage added.

In the short term, it would be hard to reverse such trends as the COVID-19 pandemic is showing no signs of stopping and the US presidential election and US-China trade war still weigh on market confidence, KBSV said.

A key factor that has expanded the market shares for South Korea-invested securities companies in Viet Nam is low margin lending interest rate.

The total outstanding loans by the three companies were more than VND16 trillion. Nearly VND15 trillion of which was disbursed for margin lending.

All three companies were among the top 10 companies with the biggest market share in the third quarter of 2020.

According to Huynh Minh Tuan, brokerage director of Mirae Asset Viet Nam Securities, foreign-invested companies can cut interest rates for customers as they are able to raise low-cost capital and allowed investors to collateralise the loans with their own stocks. — VNS

Strong market demand, economic outlook lift SK securities firms in Viet Nam have 952 words, post on bizhub.vn at November 5, 2020. This is cached page on Konitono.News. If you want remove this page, please contact us.